Packaging your Product to Appeal to the Primitive Brain of Modern Consumers.

Appeal to Instinct before Logic 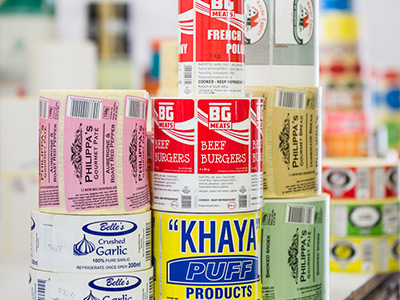 It is important to discover what the key triggers are if a brand wishes to connect with its consumers in an emotional and effective manner.

To effectively engage with passing shoppers, your product needs to stand out around its competition. Aim to make your product the ambassador of its category, for example; Hoover. Many people refer to any vacuum cleaner as a Hoover due to it being such a prominent brand within the industry. Using bright garish colours and dominating the self has proven less effective than it was first assumed to be. Instead appeal to something less tangible, but more concrete, which is a point of orientation, pulling the consumer's eye towards this particular product. Using items that might trigger feelings of fear, danger and caution such as cusps are effective in making your product stand out among the others. These emotions cause a person to stop and examine, purely on instinct.

In the modern world of constant stress and over-stimulation from every corner using the Less is More technique is proving to be extremely effective. We are also finding that less text is better; the primitive mind seeking some tranquil space will automatically gravitate towards clean neat lines and simplistic design that is not over-bearing. This has been proven with sales of a certain drain cleaning product rising by 42% after the visual noise on the packaging was eliminated.

A great article recently suggested using iconic assets, making your logo famous by association. The article used Coca Cola as an example, from the stimulating red, the font, the wave and of course the bottles which have become true icons of the century, even featuring in Pop-Art works. Coca cola sells itself more on its brand than its product. It is the default soda to share which makes it a better option than other brands because it is generally assumed that everyone will drink Coke. Having such an established brand is great because it can now be transferred anywhere, with no description, and it is immediately recognized. Coca Cola have always been very clever in their logo design, having placed two cusps under the "C" of Coca and the "A" as well as one in the center of the "C" in Cola.

We live in an age of constant over-stimulation from marketing and advertising companies. The best way to get your brand recognized is not by pushing it into people's faces, but to use it with subtlety at the point of consideration for the shopper.

There are many great packaging and label companies that can assist you with your own unique brand and corporate identity. Most importantly, enjoy your own product and maintain a great positive atmosphere about your product and within the company and allow it to naturally spill out to the consumers.

Contact Us Back To News
Where To Find Us

FIND US on Google Maps